As far as one can remember, Elves always dominated the world. They are condescending and quite full of themselves. But their time is drawing to an end as decline looms over their kind. From the Bohorg tribe to the Steamfield Barony, along with the Godleif clan and the Army of the Tomb, every clan is secretly arming itself to conquer the elven cities and the precious crystals they hold to forge the powerful legendary equipment and take the Emerald Empire back! 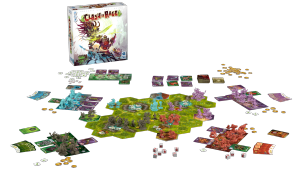 Clash of Rage is a confrontation and skirmish game. You play one of the 4 different armies. Each has its specific units. When it is your turn, you can choose either to move your troops, or spend Gold coins to buy equipment (armors and weapons) and improve your units. By occupying different territories, you’ll get precious advantages: reinforcement stones will add extra units to your troops, while cities plunder will grant the precious crystals. By spending these crystals in the forges you control, you will create legendary equipments that will change the course of battles, and bring you closer to victory! 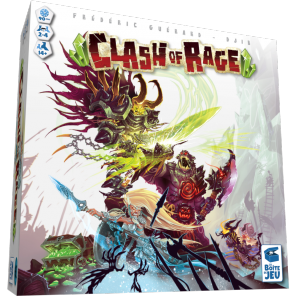