Pollution has covered the ruins of past civilizations. Only remain the Tribes of the Wind, flying from tree to tree to clean up the Forsaken Lands.
Play as a Guide of one of those tribes, and use the back of the cards of your opponents to optimize each of your actions. Reach your goals and make your territory a nice place to live in! 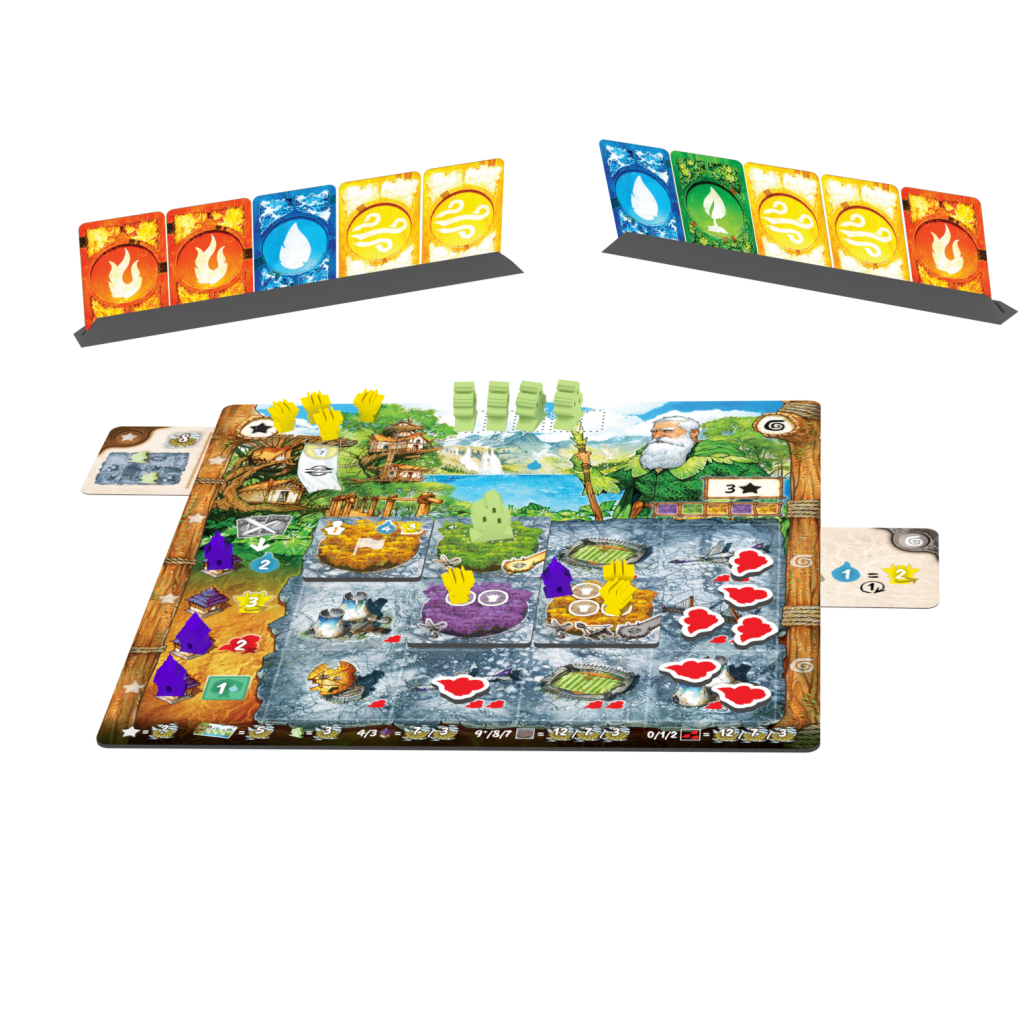 After centuries of exploiting nature, mankind caused a new type of pollution to spread on the whole planet, destroying all forms of life on its path. Scattered groups of men and women managed to survive in small forests that somehow remained unscathed, hiding in high cities built in the tree’s canopy. They are called the Wind Tribes, for they fly from one place to another, avoiding any contact with pollution.

In this game, you’ll play as a Guide who uses elemental magic to fight against pollution. Have forests grow, build new cities in the canopy, and secure the future of mankind.

During your turn, you will be able to:

– Play a card from your hand in order to collect water, move your wind riders, cleanse some pollution or plant a forrest. But be careful, as the conditions for your cards to be played depend on the rest of your hand, and the back of your opponents’ cards.

– Build a Teample so as to earn the corresponding bonus, and to score some points at the end of the game. This action is also a good way to change your hand’s content, as you will have to discard 3 cards to build your temple.

– Build a village: if you meet the requirement (number of Wind Riders on a forrest tile) you will be able to flip the concerned tile on its village side. Beware, some villages will generate pollution in nearby territories, but they will also grant you very useful effects to help you fulfill your quest. They will also grant you a village card which you will be able to use either for its immediate effect, or as an end game objecive that will bring you a lot of points if you manage to meet its conditions.

All along the game, you will be able to unlock one and then two of your Guide’s special abilities (among four). There are 5 different Guides (seen on the player boards), which allows a great asymetric replayability.

The first Tribe managing to build their 5th village launches the end of the game!
The one that earned the more points, depending on villages, temples, objectives, pollution, wins the game and is now considered as the best of the Tribes of the Wind. 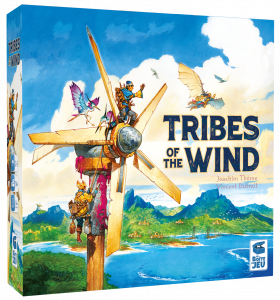 If needed, you can find a PDF sticker here in order to put your player board right. Be careful, you will have to print it with size 100%.