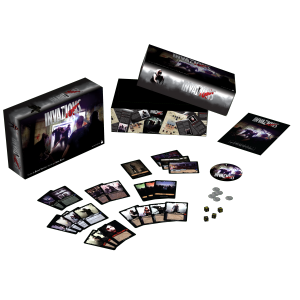 Invazions is an asymetric confrontation game. One player embodies the Human resistance, whereas all the other players cooperate as Zombies hordes. The mechanics of the game are different, depending on which side you’re on. In his makeshift labs, the Human player makes experiments on captured zombies and tries to find a cure. His goal is to defend his labs long enough to find the cure, managing his resources and survivors fighting for him (resources management mechanic). On the other hand, the zombies plan together how to raid the shelters, destroy the labs and save their captured fellow men. As the game goes by, they recruit more and more new zombies in their hordes, with a deckbuilding mechanic. Which side will be the fittest during the Invazions? 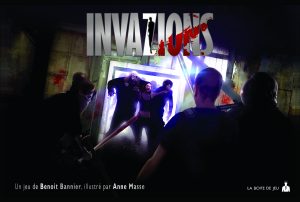